Superior Marine wanted to roll out the ability to blast and paint barges indoors as an additional service in their river barge business sector.

BlastOne’s proposal would give Superior Marine the ability to blast and paint the large barges in the same hall, removing the need to relocate the barges between operations.

The blast and paint facilities were outfitted to serve both functions to drive down initial costs for the company.

The new facility is now able to blast and paint the largest barges on the Ohio River in a controlled environment while incurring low upfront costs to the company. 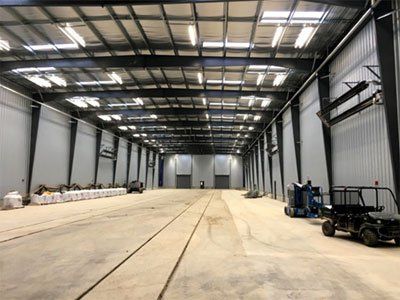