Fill out the form below, select your nozzle(s) and a member of the team will be in touch!

The SnakeBite XQ reduces noise generated by up to 16 dBA – that’s equivalent to up to 75% quieter than standard nozzles, and the typical high pitched screech is now gone.
Reduce the risk of operator and bystander hearing related injuries and increase your ability to comply with workplace noise regulations.

REDUCE THE RISK OF INJURY TO OPERATORS

Lower nozzle thrust reduces operator strain and increases the ability to control the nozzle – reducing the risk of manual handling related injuries and injuries related to loss of nozzle control.  Importantly operators will have more energy at the end of the day improving their quality of life.

The unique design of the nozzle and silencer reduces nozzle thrust by up to 45%. Operators can better maneuver the nozzle across the surface and will be less fatigued over the shift and on an ongoing basis – a key factor allowing high cleaning rates to be achieved throughout the shift and project. Nozzle thrust reduces to that of a nozzle two sizes smaller when the silencer is fitted. Using a no. 7 SnakeBite XQ feels like you’re using a standard no. 5 nozzle.

An entirely new operator experience. It feels different, it sounds different – and let’s face it, it looks fantastic! There is no other nozzle like it. The ultimate production tool that delivers contractors and asset owners lower noise, lower operator fatigue and improved project outcomes, ticking the box on the key challenges faced by the blasting industry today.

SNAKEBITE XQ – WATCH AS IT’S PUT TO THE TEST

Recently, BlastOne launched it’s most innovative product to date – The Snakebite XQ – which we claim to be the world’s quietest abrasive blasting nozzle.

That’s a pretty substantial claim and so we’d like to demonstrate how we can defend such a claim.

How loud is 1 decibel?

Volume is not measured on a linear scale like our base-10 number values where “20” is twice as much as “10”.  When it comes to decibel levels, “20dB” is ten times louder than “10dB”.  That’s because decibel volume is measured on a logarithmic scale – which can be very confusing.

Here are our readings:

COMPARING SNAKEBITE TO THE OTHER TWO NOZZLES

Head-to-Head Against The “Quiet” Competitor

After launching the Snakebite XQ we received more than a few questions regarding a competing quiet nozzle. How is our design different? Is our nozzle quieter than theirs? What differentiates our “quiet nozzle” from the competition?

You can simply look at both nozzles to see our unique design differs from anything else on the market. And it’s our scientific design that produces our amazing results.

We decided to test it against the competing nozzle to determine which was quieter.  In this decibel test, we maintained identical set-up and pressure – just over 100psi – and measured the results with a volume meter.

Here is the result:

Although (you’ll notice by watching the video) there were small fluctuations in dB volume for each nozzle as the readings were taken, the median difference was great enough to distinguish a decisive verdict on which nozzle is quieter.

The following image represents the lowest measured dB reading for each nozzle.

The Strike & The Flex

Until now, when companies needed a high production nozzle to blast acres of steel – they relied on a #8 hyper nozzle.  This was the largest nozzle a man could handle for 4-6 hours on any given day.

Some contractors don’t even realize #10 nozzles are an option… and that’s because a #10 exerts far too much thrust for practical, daily blasting.   That is… Until now.

The same design technology that reduces both the noise and thrust on our SnakeBite XQ… also makes the Snakebite Strike – the world’s most effortless #10 blast nozzle.

Benefits of the Strike:

The only caveat is you need to have enough air. Your compressor needs to supply at least 750 cfm per Strike nozzle.

Well to start, here are some simple measurements comparing a single pass of a Snakebite #10 with various other nozzles, including a #8 Hyper.

SnakeBite Flex:  All The Benefits, Half The Size

During a recent visit to the United States, BlastOne CEO, Matthew Rowland, sat down to discuss various questions about the SnakeBite XQ and how it benefits the blasting industry.

What Makes The Nozzle Quiet?

QUESTION:
Matthew, so not only are you the CEO but you’re an actual engineer, you understand the science of the nozzle, and I was hoping that you might be able to shed some light on the development and what causes this nozzle to be so much quieter than a typical nozzle?

ANSWER:
That’s a great question. With BlastOne, we’ve invested heavily in looking at ways to improve the blasting environment for our workers and operators. So one of the common complaints we get from our customers is that blasting is dusty, it’s noisy, it’s dirty. What we’re looking for is technology that changes that environment for them – makes it safer, simpler, and easier… and hence more productive in the work that they have to do. So what we did is, we went back to first principles to really understand how a blast nozzle works, and how those processes within that nozzle generates the abrasive flow and also a by-product generating noise.

A little known fact is that less than 10% of the energy used in a blasting environment is actually beneficially used in blasting.

So that means that there’s more than 90% of the energy that’s used in the compressed air and the abrasive that is wasted.

And a lot of that wasted energy creates noise. So what we did was look at how do we develop a silenced nozzle.

We’re not the first company that’s tried to do this but what we have come up with is a revolutionary way to reduce the noise and maintain the productivity of blasting.

So we’re really excited by this technology development and the silencer is very effective in a wide range of operating conditions and we’re really hoping that our customers have a great experience using it.

Will This Replace Standard Nozzles?

QUESTION:
So does BlastOne expect this will replace the standard blast nozzles out there?

This nozzle is great for applications where you need lower noise.

So in those environments where you’ve got nearby neighbors… you’ve got other trades working… that you need to reduce noise this is where it’s ideally suited.

If you’re just after productivity at the lowest cost this isn’t the nozzle for you. It is designed to be used in areas where you need to reduce noise.

Did We Copy The Design Of Other Quiet Nozzles?

QUESTION:
There have been a few comments on social media comparing the SnakeBite to other quiet nozzles out there competing nozzles – and they’re basically asking us if we copied those designs.
And can you just clear up any confusion about that?

But the reality is that our industry has been trying for decades to come up with a quieter way to blast, and there are other technologies and we really look forward to the whole industry improving the reduction of noise in blasting. We went back to first principles and we engaged a university – the Center of Hypersonics at the University of Queensland, and we redesigned the whole process of the blast nozzle and the silencer that we use so it’s a very unique design but delivers outstanding results but based on fundamental research.

So… there was no copying involved in that design.

How Does This Nozzle Have Lower Thrust?

QUESTION:
Can you discuss the nozzles reduction in thrust?

ANSWER:
When we developed SnakeBite our primary goal was to reduce the noise of blasting.

As we’re developing this technology we also identified a way to reduce the thrust of the blast nozzle while maintaining the abrasive energy. So allowing the same productivity but as a significantly lower noise level. We’re really excited that it’s got a lower thrust because what that does is it reduces the fatigue on the operator and allows them to work longer not only in their the day but also for their career.

So they’re not being injured and they’re not experiencing those high forces that really takes a toll on their body… so people are keen to stay longer in their careers of blasting.

Why Is This So Much More Expensive Than Regular Blast Nozzles?

QUESTION:
And finally, the price is pretty steep compared to a standard abrasive blast nozzle can you shed some light onto the reasons why? I mean, maybe explain its value?

ANSWER:
Yeah great question… when we developed this product we’re really focused on the feedback from our customers who are finding it more and more challenging to blast in environments
where noise was an issue.

So increased complaints from nearby trades… from community near the blast site… and that was costing our customers significant money. So they’re either having to reduce their hours… take people off site… so we see that this technology can deliver outstanding value for our customers. We had a customer recently who had a blast room and also five workers doing other fabrication nearby and for every hour that the blasting occurred those eight workers had to go off site because it was too noisy for them to continue to work.

With the introduction of SnakeBite those eight workers could continue working in the same area and be productive.

And we estimate that the customer saved over $30,000 per week by having that work continue during blasting. The other way to look at it is in terms of the cost of health.

What is the cost of hearing? So it might be $2k-10k dollars for a hearing aid but what’s the cost of a blaster or someone else working in that environment whose hearing is damaged that can’t be replaced? We think the cost of that is much greater.

And the other one is it’s just safer you know when people are blasting in difficult environments on a bridge or other situations rather than having to fight a hose with such thrust it’s much lower through half the thrust so they’re much safer than they’re less likely to be pushed off or put in a dangerous situation.

At BlastOne we are really passionate about the safety and health of our customers and we continue to invest in technologies that makes life not only more productive but safer and more enjoyable.

So… SnakeBite’s a new technology and we’re really excited with a number of new technologies that we’ll also be bringing to market that will further improve the health and safety of our customers.

END_OF_DOCUMENT_TOKEN_TO_BE_REPLACED 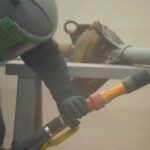 JB Laser approached BlastOne, hoping to reduce the noise in their blast room and throughout the facility. They mainly wanted to improve communication between teams, without diminishing productivity. 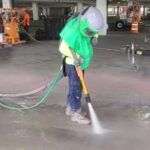 BlastOne introduced the SnakeBite XQ blast nozzle to this project, which effectively dropped the blasting decibels from 104dbA down to 86dbA at the nozzle, allowing the Lithko team to start blasting again during the day. 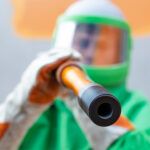 SnakeBite XQ reduces noise pollution in half, improved the surrounding environment for nearby workers and prevented workflows disruptions. 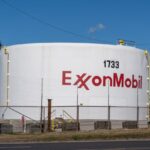 ExxonMobil, a global refinery, was stuck looking for solutions to ensure they complied to the latest OSHA noise exposure regulations and needed to lower the overall dB level while abrasive blasting

The SnakeBite Strike is not only quieter than the #7 Ultra but it’s high productivity results in 37% less abrasive used per square metre.

END_OF_DOCUMENT_TOKEN_TO_BE_REPLACED

We love to talk to customers and help them make the best decisions when purchasing equipment.
You can reach us via our Live Chat, Email, Phone, and Online Form.